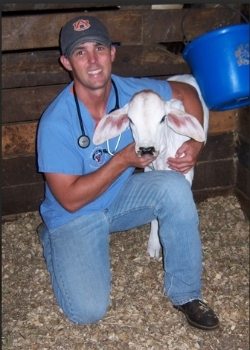 A native of Abbeville, Alabama, Dr. Chance Armstrong was raised on a beef, row crop and poultry farm in south Alabama.  He graduated Magna Cum Laude from Auburn University in 2010 with a Doctor of Veterinary Medicine degree.  Following graduation, Dr. Armstrong joined a five veterinarian mixed animal practice in Okeechobee, Florida.  His time in practice was primarily spent providing services to the beef and dairy industry in the region, with ample time spent treating horses, small ruminants and exotic species including captive cervids.  He returned to Auburn University in 2012 to pursue a residency in comparative Theriogenology and a Master’s of Science degree.  Dr. Armstrong received board certification with the American College of Theriogenologists in 2015.   He joined the food animal faculty at Louisiana State University in 2015.  Dr. Armstrong’s interests include herd health preventative management, urogenital surgery, and advanced reproductive techniques of food animals.  He continues to pursue research in the areas of infectious infertility in cattle.  In 2018, Dr. Armstrong co-authored the 2nd edition of the Bull Breeding Soundness Manual. 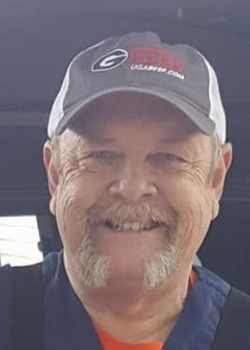 Pugh has received five university and five national awards for teaching, was the 2006 recipient of the UGA’s AM Mills Award for contributions to Veterinary Medicine, and was the UGA’s College of Vet Med’s Alumni of the Year for 2017. He has served on various committees for the American Association of Small Ruminant Practitioners, the Society for Theriogenology, the College of Theriogenology, the American College of Veterinary Nutrition, and the National Research Council, Nutrient Requirement Committee and the American Academy of Veterinary Parasitologists.

He and his wife of 47 years are goat, Dexter Cattle, and donkey/mule owners, and parents of two daughters, a son, 2 sons-in law, a daughter-in-law, and 4 grandchildren. 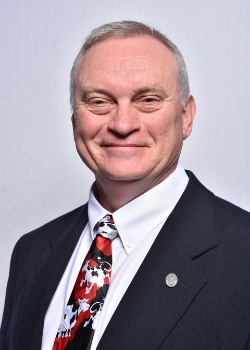 Dr Baird is a North Carolina native earning his undergraduate degree from N. C. State University.  He completed his DVM at Auburn University and practiced in northern Virginia prior to moving to Texas A&M University where he did an internship, a large animal surgery residency and served a year on faculty.  Since then he has held faculty positions at Auburn University, the University of Pennsylvania and Purdue University where he is currently Professor of Surgery and Large Animal Chief-of-Staff.  He is a Diplomate of the American College of Veterinary Surgeons.  He is the co-editor/co-author of 3 textbooks focusing on ruminant surgery.  He has been married for over 30 years to his wife (Debra Baird, DVM, PhD, DACVR) and has 3 children.  One that earned a DVM from Purdue in 2021, one in Law School in Texas and one in engineering at Purdue. He and Debra look forward to seeing a lot of former students from Kentucky so please be sure to introduce yourself.