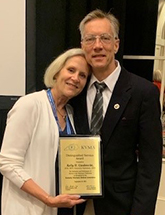 The Distinguished Service Award was awarded to KY Public Health State Veterinarian Dr. Kelly Giesbrecht for her steadfast guidance throughout the pandemic of Covid-19 while veterinarians remained essential throughout this time. Dr. Giesbrecht dedication and service to the veterinary profession is remarkable. 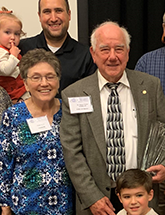 The LaBore Award was awarded for only the 5th time since its inception in 1983 to then longtime KVMA Executive Director Dr. Don LaBore. This prestigious award was given to Dr. Clenon Turner whom resides in Langley, KY with his wife Diana. Dr. Turner has served the KVMA for over 45 years in many leadership roles including President and all Officer roles. Dr. Turner was a founding member of the KVMA Foundation and played an integral role in raising funding for the KVMA home office, which is called The LaBore Building in Frankfort, KY. 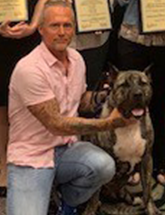 The 2021 KVMA Animal Hall of Fame was awarded to “Ethan the Almighty.” Many know of Ethan’s remarkable journey from when he was left at the KY Humane Society barely alive. Ethan has received the best possible care and is now a walking miracle. There is a pre-filed bill for the 2022 General Assembly that is named “Ethan’s Bill.” If passed it will create much stronger animal cruelty laws in the state of Kentucky. ETHAN’s award read: “In recognition of an animal that exemplifies the affection, loyalty and value of the human/animal bond, and dedication while serving an individual and community.” 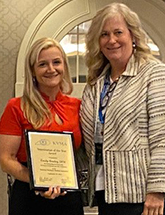 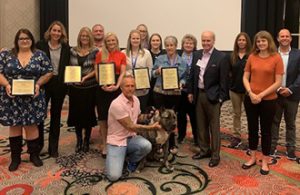 Jefferson Animal Hospital and Regional Care Center received Veterinary Hospital of the Year. The veterinarian team at Jefferson Animal Hospital also received special recognition. They triaged Ethan when brought to the hospital and cared for him until he was strong enough to return to The Kentucky Humane Society for his recuperation before becoming officially adopted by KHS Facility Director Jeff Calloway and his wife Dana.